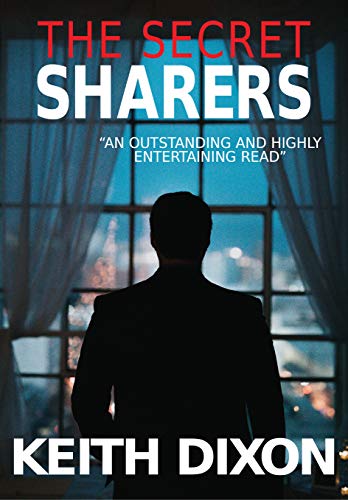 "He said, 'Let's be clear: there are two things that I want to come out of this. First, I want to be sure I'm being followed. Secondly, I want to know by whom. Do we understand each other?'"

How difficult could this case be?

Private investigator Sam Dyke soon learns, however, that Frank Wallace, the client, hasn't revealed the whole truth. And in the world of secret intelligence in which Wallace has earned his living for the last forty years, it's probable the truth has rarely seen the light of day.

Dyke travels into London and out of his comfort zone, soon finding himself tangled in a web of deceit in which Government Intelligence services, mysterious blondes, private security firms and vintage Blues music are all bound together. Only he can clear a path through to find out what everyone really wants-and not just what they say they want.

Sam Dyke is a private investigator from a working-class environment who works amongst the wealthy and privileged of the Cheshire set-those whose morals and levels of discretion are offensive to him and go against his own values, forged in a strong family environment. The mysteries he unravels become personal crusades against entitlement, wealth and the abuse of power. Although he doesn't moralise, he gets angry when he sees people who lie, steal and murder to get their way. Like Philip Marlowe and Sam Spade he has a clear view of what the world is actually like, but he nevertheless wants evil-doers set straight and will do what he can to help.

The Strange Girl, the last Sam Dyke thriller, was described as 'diverting' by trade bible The Bookseller, with Sam Dyke being 'Crewe's answer to Philip Marlowe'. The Secret Sharers is the latest exciting instalment in this action-packed series.