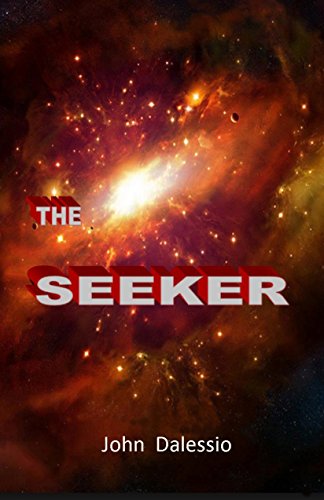 A major breakthrough in space ship propulsion technology would permit John's ship, the Seeker, to travel at nearly the speed of light. Travel to other galaxies would take mere hours instead of years or lifetimes.

John hoped he would seek out the truths of creation, man and religion that haunted him since childhood.

By traveling the Universe and discovering other planets and life forms, would John find evidence of a God . . . . . or would he have a revelation!

John Dalessio, a resident of Brigantine, NJ has always had the desire to be a writer. John was formerly a successful new car dealer with three dealerships and eight franchises during his 47 years in the automobile industry. Currently retired at age 77 he fulfilled his desire to write by having authored and published his first book, a sci-fi adventure novel, THE SEEKER. He completed and published his second novel, a sequel, THE UNIVERSE REVISITED. John recently completed writing and publishing his third book, an autobiography, AN AUTOMOBILE ODYSSEY. When John isn’t writing he can be found in Brigantine, NJ with his wife, riding his Harley, playing tennis doubles or boating.