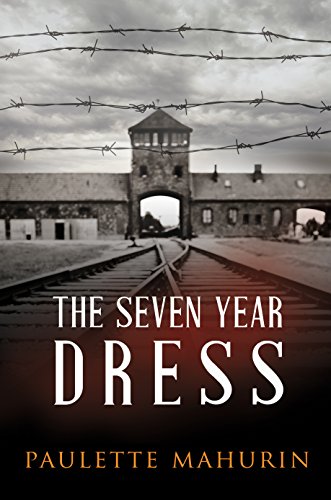 The Seven Year Dress: A Novel

One of the darkest times in human history was the insane design and execution to rid the world of Jews and "undesirables." At the hands of the powerful evil madman Adolf Hitler, families were ripped apart and millions were slaughtered. Persecution, torture, devastation, and enduring the unthinkable remained for those who lived. This is the story of one woman who lived to tell her story. This is a narrative of how a young beautiful teenager, Helen Stein, and her family were torn asunder, ultimately bringing her to Auschwitz. It was there she suffered heinous indignity at the hands of the SS. It was also there, in that death camp, she encountered compassion, selfless acts of kindness, and friendship. Written by the award-winning, best-selling author of His Name Was Ben, comes a story of the resilience of the human spirit that will leave you thinking about Helen Stein and The Seven Year Dress for years to come after the last page is shut.

Paulette Mahurin lives with her husband Terry and two dogs, Max and Bella, in Ventura County, California. She grew up in West Los Angeles and attended UCLA, where she received a Master’s Degree in Science.

While in college, she won awards and was published for her short-story writing. One of these stories, Something Wonderful, was based on the couple presented in His Name Was Ben, which she expanded into a fictionalized novel in 2014. Her first novel, The Persecution of Mildred Dunlap, made it to Amazon bestseller lists and won awards, including best historical fiction of the year 2012 in Turning the Pages Magazine. Her third novel, To Live Out Loud, won international critical acclaim and made it to multiple sites as favorite read book of 2015. Her fourth novel, The Seven Year Dress, made it to the Amazon kindle store bestseller list in its fourth week out. She has been ranked as an Amazon best selling author for several of her books.

Semi-retired, she continues to work part-time as a Nurse Practitioner in Ventura County. When she’s not writing, she does pro-bono consultation work with women with cancer, works in the Westminster Free Clinic as a volunteer provider, volunteers as a mediator in the Ventura County Courthouse for small claims cases, and involves herself, along with her husband, in dog rescue.

Profits from her books go to help rescue dogs from kill shelters.