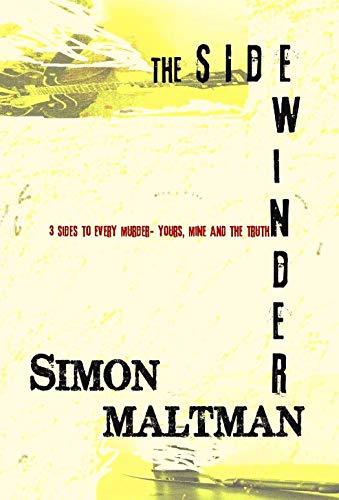 There are three sides to every murder- yours, mine and the truth.

When two members of a former nineties band die in suspicious circumstances, the surviving members are embroiled in a web of murder, revenge, love and deceit. Follow the now politician, journalist, session musician and police officer as they attempt to uncover the truth, through many dark twists and turns. Nothing is as it appears in The Sidewinder.

"What Raymond Chandler was to L.A, Maltman is to Belfast, a novelist with an eye for the seedy underbelly of a city."

Simon Maltman is a writer and musician from Northern Ireland.

"I’m amazed how a writer can cram so much into such a short space of narrative. You hit the ground running and it’s a sprint finish."

"Long may he continue."

"A clever use of real photographs throughout brings an authentic feel to this compelling tale... a short but snappy read that gives a fresh glimpse into a life of crime and where it can lead you."

"Those who foresaw the end of the book as artefact with the coming of the digital age hadn’t banked on the ingenuity and skill of a number of young writers who are converting the e-book into a work of artistic relevance. Such a case is that of Simon Maltman, a multifaceted writer and musician from Bangor."