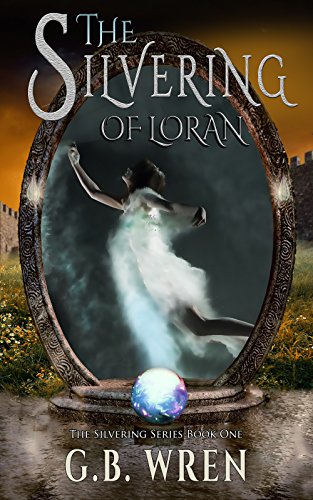 Book 1 of the fantasy books in The Silvering Series.

Loran Avileen, the beloved daughter of Gilvius, the sovereign of the Avileen Empire, never believed in magic. That changed on the day an inquisitive stranger found her muddied and hidden in the bushes near the wall of Avileen castle.

Magic isn't the only thing Loran discovered is real. So is the blackened stone worshiper, a vengeful sorcerer who walks the halls of the castle while he secretly changes the course of the Avileen bloodline. He has secured a protégé trusted by her father, and they will not rest until all of the Avileen Empire falls under the rule of dark magic -- and Loran is forced to live a life with a man she doesn't love.

Loran needs the help of a powerful, ageless ally in a distant realm. Her only hope to contact him is a magical book that reveals the secret of the silvering. But can she learn how to harness its power in time?

The world is what we make it, as the saying goes. I long decided I would take that axiom to heart and literally create worlds of my making with my writing. I started with poems, graduated to songwriting, then screenplays. And now, I can only wonder why I didn't start writing novels sooner.