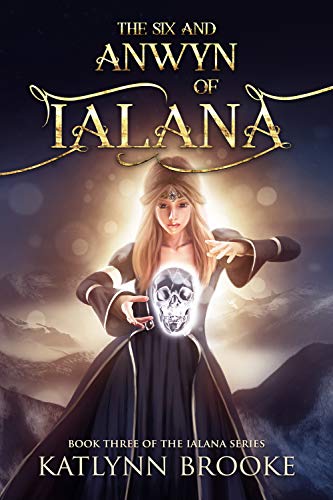 The Six and Anwyn of Ialana (The Ialana Series Book 3)

In the third book of the Ialana Series, an ancient weapon of planetary destruction has been uncovered. Astrobal, the under-world's demon-lord of Iochodran, will stop at nothing to gain possession and control of the beautiful, but deadly, weapon.

When Astrobal discovers that the key to the control of this weapon is Anwyn, the daughter of Jarah and Tegan, he must use all the resources he can muster to either kill her, or use her as a hostage. He sends Glahivar, an old and powerful enemy of the Six, to Three Rivers, where they, and Anwyn, are under the protection of Queen Catrin, and her husband, Ambros.

The Queen and Ambros have problems of their own. A threat from the south by Moran, the war-lord of Yor Swamps, is in the making. Glahivar has no qualms in using the situation to her best advantage, and as a bonus, to end Queen Catrin's reign.
In a race to the end, Anwyn and the Six must not only obtain possession of the weapon without killing themselves or causing a catastrophic event, but they must find a way to deactivate it, permanently.

What is Anwyn's personal connection to the weapon, and will she and the Six be able to prevent it from destroying the planet?