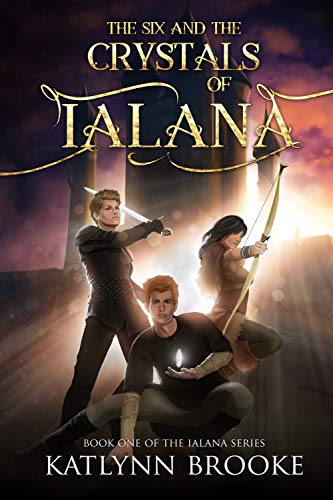 Jarah wants far more than his village can offer. But being forced to march to the realm's capital wasn't what he had in mind. Tormented by a strange dream, he's shocked to learn that two of his fellow conscripts share the same haunting vision…

Guided by their communal horror, Jarah and his friends escape to pursue a crystal that could explain their connection. But the former soldiers aren't the only ones seeking their destiny, and finding three more warriors may be the only way to stop an impossible evil from claiming the artifact's dark power.

Can Jarah and his allies fulfill an age-old prophecy, or will their nightmarish failure consume the world?

The Six and the Crystals of Ialana is the first book in the Ialana YA epic fantasy series. If you like swords and sorcery, ensemble casts, and young heroes finding their way, then you'll love Katlynn Brooke's captivating adventure.

BuyThe Six and the Crystals of Ialana to join a treacherous quest today!