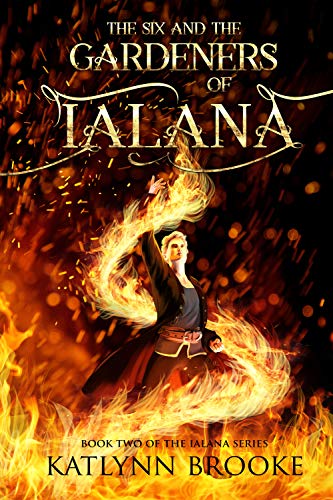 Just when they thought it was safe to settle down, the Six must flee again. Caught in the middle of a deadly power struggle between competing rulers of Ialana, the healers are unable to complete their mission--to heal mutants genetically altered by crystal manipulation. Escaping their imprisonment in Galon, the Six attempt a dangerous journey back to their homes in Aelfar. Trapped by malevolent creatures, hunted by a monster, a conniving shape-shifter, and a queen who seeks them for reasons of her own, the Six must now find refuge in the land of the Gardeners. Who, or what, are the Gardeners? Answers begin to unfold as the Six continue their apprenticeship in the healing arts through the medium of Elemental Command. They experience the reality of unseen worlds and immerse themselves in the true nature of magic and sorcery, all while learning to avoid the traps that unlimited power may bring to the unwary. As the forces of darkness close in around them with no escape possible, will a treacherous foe once again place not only their lives in jeopardy but that of a queen and her young son as well? Fans of Tolkien andThe Sword ofTruth Series will be delighted by the seamless continuation of theadventures of the Six in the second book of the Ialana Series.