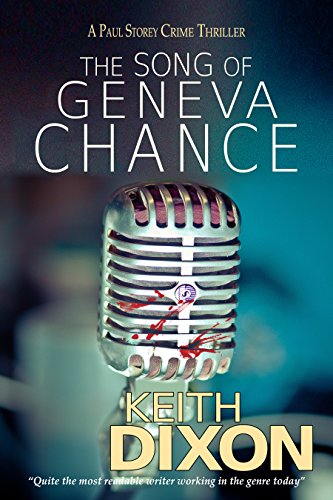 Ex-Firearms specialist Paul Storey takes a job looking for two missing guitars belonging to a pop group who were big fifteen years ago. In a world of amateurs, he's a professional. So how hard could it be?

But soon there's a murder, and a connection to large-scale drug smuggling, and to a pair of Albanian crooks who are looking to expand their operations and don't care how they do it. In addition he finds himself drawn to the beautiful singer Geneva Chance, who has secrets of her own.

What seemed a straight-forward detective story becomes both complicated and dangerous.

Keith Dixon is the two-time winner of Chanticleer Reviews' First in Category Award for private eye/noir novels. The Song of Geneva Chance is the third Paul Storey Thriller in the tradition of writers like Elmore Leonard and Raymond Chandler, in a series described as containing "gritty action, twists and turns, and credible, complex characters".

If you like action thrillers with surprising characters, intricate plots, lots of humour and great dialogue, then The Song of Geneva Chance will be for you.