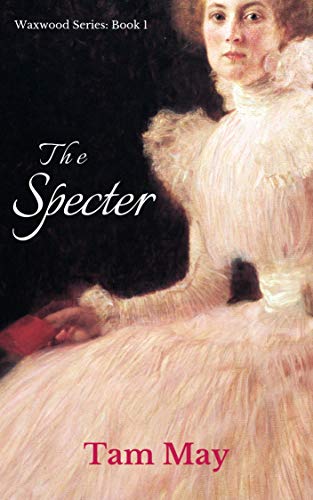 To what lengths will one go to exorcise a specter?One rainy morning in 1892, people gather to mourn the death of San Francisco socialite Penelope Alderdice. Among them is a strange little woman named Bertha Ross, who claims to have known “Grace” in the 1850’s in the small town of Waxwood. But Penelope’s granddaughter, Vivian, has never heard of Grace or Waxwood.Bertha reveals surprising details about Grace’s life in Waxwood, including a love affair with Evan, an artist and member of Brandywine, Waxwood’s art colony.Vivian’s mother, Larissa, insists Bertha is an imposter who has come not to mourn a woman she knew in her youth but to stir up trouble. Vivian, however, suspects the key to her grandmother’s life and her own lies in Waxwood. She journeys to Brandywine where she meets Verina Jones, Evan’s niece, and discovers a packet of letters her grandmother wrote forty years ago about her time in Waxwood.As Vivian confronts the specter that holds the truth to secrets buried in the family consciousness, she examines her grandmother’s life as a mid-19th century debutante and her own as a Gilded Age belle. Will she find her way out into the world as an autonomous being, or will she be haunted by the specter of her grandmother’s unhappiness all her life?

Tam May was born in Israel but grew up in the United States. She earned her English degree in Israel before returning to the States. She also has a Master's degree in English and worked as an English college instructor and EFL (English as a Foreign Language) teacher before she became a full-time writer. She started writing when she was 14 and writing became her voice. She writes psychological fiction that explores emotional realities informed by past experiences, dreams, feelings, fantasies, nightmares, imagination, and self-analysis.

Her first book, a short story collection titled Gnarled Bones And Other Stories is out now in paperback and ebook. She is currently working on a novella series called the Waxwood Series set in a Northern California resort town. The series explores crumbling relationships between members of the wealthy San Francisco Alderdice family. In Book 1, The Order of Actaeon, the Alderdice son and heir falls into the hands of a charismatic older man obsessed with power and leadership during a summer vacation in the resort town of Waxwood. The second book, The Claustrophobic Heart, introduces Gena Flax, a young woman who must cope with the mental deterioration of her aunt during their summer stay at Waxwood. In the last book of the series, Dandelion Children, Vivian, the daughter of the Alderdice family is drawn into the disturbed life of the man who ruined her brother during one rainy summer in Waxwood.

She is also working on another book titled House of Masks about a woman’s involvement in the lives of her eccentric and embittered neighbors that frees her from her own isolation and loneliness after the death of her father. For more information, feel free to check out her website at www.tammayauthor.com.

She currently lives in Texas but calls San Francisco and the Bay Area home. When she’s not writing, she’s reading classic literature and watching classic films