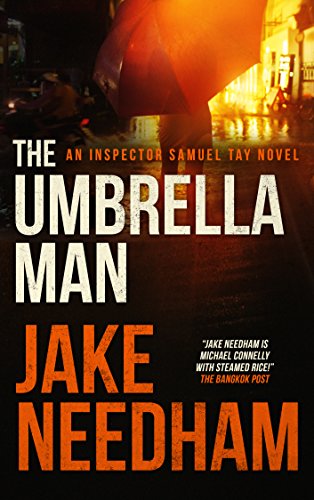 The first bomb cracked the Hilton like an egg; the second gutted the lobby of the Marriott; and the third peeled the front off the Grand Hyatt. Three massive explosions, all at American hotels in the heart of the city, and all within a few horrifying seconds. Hundreds are dead and thousands are injured. Singapore is bleeding.

Inspector Samuel Tay is a senior inspector in the Special Investigation Section of Singapore CID, but he is frozen out of this investigation from the beginning. He's made serious enemies in Singapore's Internal Security Department, and he has even more enemies at the American embassy, so Tay is assigned routine cases while his colleagues join with the CIA and the FBI in a feverish search for the bombers.

Three days after the explosions, the smell of death still sticky in the city's air, Tay is sent to a run-down apartment near the Malaysian border where two children have found the body of a Caucasian male with a broken neck. Tay immediately feels an unsettling connection with the dead man, although he's certain he has never seen him before.

As Tay searches the dead man's past for clues to who he was and who his killer might have been, Tay's own past begins to give up its secrets. A long-dead father he can barely remember reaches out of the grave to point to the truth about both the murdered man and the bombings. And the horror of Singapore's destruction becomes a personal horror for Samuel Tay.