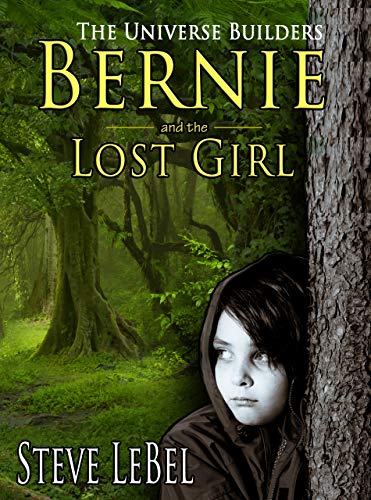 How did the young gods - Bernie, Suzie and Lenny - first meet?
Not long ago, a young girl disappeared, and all of God Town feared for her life. After extensive searches, little Emily could not be found. Only the woods remained to be searched - but that was a problem. The gods were so afraid of the woods, they would not venture there - not even to save the young girl's life.

Armed with nothing but courage and a magic stick, Bernie and his friends, Suzie and Lenny, enter a dark world filled with terrifying monsters. It will take a miracle of godly proportions to save them, and even that may not be enough...

If you likedHarry Potter,Percy Jackson, or the tales ofTerry Pratchett, this is a story for you. Join a new kind of hero on a great adventure as our young gods do something even the adults do not dare.

Begin the adventure today. An extraordinary world awaits you…


****************
This is book #3 in theUniverse Builders Series. The first book,Bernie and the Putty, won 16 national and international awards for excellence.

What is the best way to describe an author who writes humorous fantasy?

Do we tell about bookshelves full of fantasy, science fiction, and paranormal books, his love of mythology, or the years he spent as dungeon master? Or is it more important to know his favorite player-character was a chaotic-good elven fighter / magic user? What about that stack of old comic books he never seems to get rid of?

Is there a pattern to his travels around the world? Why chose places like King Arthur’s Camelot, the Temple of Delphi, Buddha’s Tree of Enlightenment, China’s Forbidden City, or the Great Pyramid of Egypt? What is it he's searching for?

And what does any of this have to do with writing a good fantasy book?

Perhaps it’s that mix within Steve that makes The Universe Builders such a delightful story with such serious undertones.