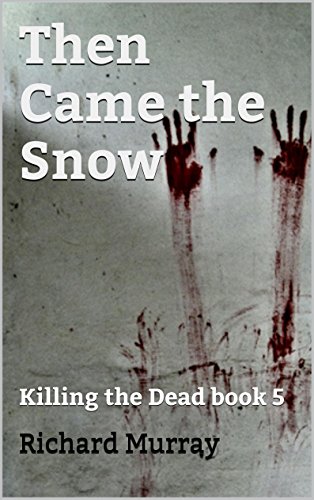 Then Came the Snow: Killing the Dead book 5

Devastated from his recent loss and reeling from the wounds sustained when he sought revenge on the deserters who were to blame, Ryan finds he now has to deal with his secret being revealed to those who called him friend.

With growing distrust from the people around him and struggling to cope with unfamiliar feelings, Ryan must come to terms with the person he is and the one he's becoming.

This is the 5th book in the Killing the Dead series.

When I was very young, I can vividly recall staring with fascination at the picture on the cover of a book my father was reading. I asked him what the book was about and he looked at me before saying "If you want to know what it's about, then read it." So I did.

That was the start of my fascination with books. While friends would be out playing football, I would be inside reading. I had discovered a rich and varied realm of imagination.

Since that very first book I have rarely stopped reading for pleasure, yet as I grew older I realised that I wanted to share my own worlds, my own imagined adventures. I wanted to write my own stories.

Which brings me to the present and my very first book, hopefully the first of many. I have always preferred Science Fiction, Fantasy and Horror and I intend to take a look at these genres and more while I find my feet and learn more of the art of writing and telling a good story.

I live in England with my youngest daughter and a vicious beast of a cat that my children lovingly call "Squeak."