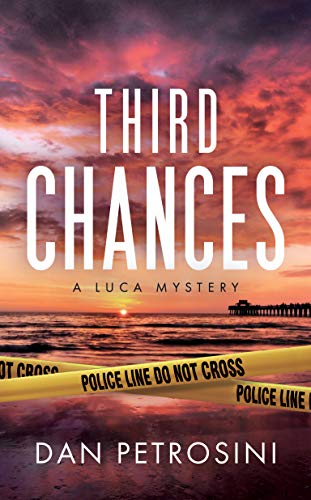 $3.99
Share on Facebook
Share on Tweeter
Where Does Justice End And Vengeance Begin?Solving homicides is Detective Luca's calling and obsession. Using a combination of instinct and dogged determination, he gets inside the mind of a killer.

As a cunning killer targets his next victim, fear grips the Palm treed streets of upscale Naples, creating a new challenge for Luca.

˃˃˃ The timing of the threat couldn't be worse. Luca feels his skills are dulled by chemotherapy and he's trying to navigate a romantic relationship with his partner, Mary Ann Vargas.

Leads are scarce and conflicting. Luca begins to wonder if he's chasing a single vigilante or two dedicated sociopaths. The new sheriff is convinced Luca's in over his head and calls in the FBI to take over when the body count rises.

˃˃˃ It's a heavy blow to Luca's reputation, whose stakes in the game of cat and mouse increase by the hour.

Luca is convinced if he doesn't find a way to catch this sneaky killer, not only is his career over but his recovery from loss and battle with cancer are at risk.

Detective Frank Luca is back in another suspenseful murder mystery.