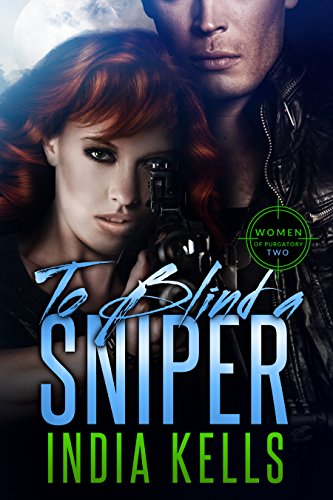 To Blind a Sniper: Women of Purgatory 2

The only way to escape is through Purgatory …

Despite her best intentions, one man draws her like no other; the brother of the club owner, Wesley Sorenson. The Navy SEAL is on leave, broken and wounded, shutting down everybody attempting to approach him. Mac is way over her head in trouble, but finds it impossible to abandon him drowning in darkness. Unfortunately, she should have guessed that once tempted back into the light, the warrior wouldn't easily let her push him away. And there is no way she is bringing him into her mess. Until she has no other choice. Forced to protect the family that shunned her a long time ago, Mac and Wes will have to drop their masks, both to survive and stay together. The most dangerous man in the world is out for blood, and they will need more than courage and skills to see it through. Sometimes, winning a fight requires the greatest sacrifice of all.

"...showcased women that are tough, intelligent, humorous, and can hold their own against and with the alpha males in the story."
- Originally critiqued by Authors Talk About It