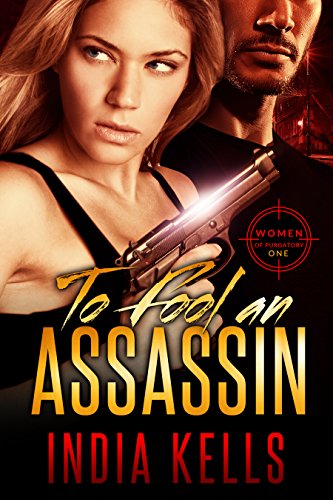 To Fool an Assassin: Women of Purgatory 1

Her only way out is through Purgatory …

Gabrielle has abandoned her life, her hopes, and even her name in redemption for her sins as an assassin. Now, the very first recruit of Purgatory, a secret organization specialized in no-return missions, is at the end of her rope, and is even considering hanging herself with it when her boss asks for one last, very personal assignment.
What begins as the simple rescue of an imprisoned Navy SEAL, turns into a more complicated mess, where no one can be trusted-not even her own friends and allies-and death is the least of her worries. And what about Captain Thorne? She has enough to deal with besides letting this annoying, close-mouthed, and sexy-as-sin SEAL under her skin. Too bad she has no choice in the matter as danger is lurking closer and desire forces her to rethink her priorities. After all, this is her last tour on the dance floor and this particular devil has never seemed more tempting.

FOUR STAR REVIEW of To Fool an Assassin
"It is full of suspense, intrigue, and bold sexuality; combined, these factors make it an exciting novel. India Kells is a creative and descriptive writer, and her characters are engaging and witty."
- Originally reviewed by AuthorsTalkAboutIt.com

FIVE STAR REVIEW of To Fool an Assassin
"Gabrielle was a bad woman with bad meaning good. She gave Sully a run for his money. They had a chemistry that is hard to put into words. With the turn of each page, I was on the edge of my seat in anticipation of what was going to happen next."
- Originally reviewed by MZJetston.com