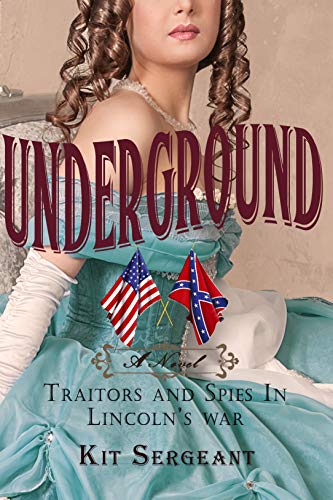 Some might call them heroes. Others would hang them as traitors.

The well-researched Women Spies Series chronicles the lives of remarkable real-life heroines who use daring, skill, and, yes, a bit of flirtation, to further their cause and can be read in any order.

As the Civil War threatens to tear the nation apart, four women-a slave, a seductress, a soldier, and a spy-are willing to risk everything they have, except their convictions.

Hattie Lewis is one of the Pinkerton National Detective Agency's first female employees, but she is tired of playing a minor role in a man's world. When her boss asks her to accompany his top operative on a mission behind enemy lines, she readily accepts. But the mission threatens to have dire consequences for them both.

Although Mary Jane was born a slave, her mistress, Elizabeth Van Lew, always had other plans for her. After she is loaned as a servant in Jefferson Davis's household, Mary Jane becomes privy to the innermost operations of the Confederate government. But when a secret from Mary Jane's own past is revealed, she wonders if she will ever be able to free herself from Miss Lizzie's grasp.

Despite her name, Belle Boyd is no typical Southern woman. As she watches her father and cousins rush to join the Confederacy, she longs to do her own part. After realizing she isn't cut out for nursing, Belle resorts to using her coquettish charms to ferret information from occupying Yankees. But, after she is thrown into jail and threatened with the noose, will she finally realize her actions have consequences?

When Loreta Velasquez's husband is killed in a training drill, she decides to avenge his death by joining the Confederate Army. Disguised as a soldier named Harry T. Buford, Loreta participates in the battles of Bull Run, Shiloh, and Ball's Bluff. But when the hardships she experiences do not quench her thirst for glory, Loreta conceives a plan for the South's last chance to win the war.

Told from the viewpoints of these real-life women-both Confederate and Union-Underground: Traitors and Spies in Lincoln's War is an absorbing tale of love, loyalty, and liberation.

Like her character Addy in Thrown for a Curve, Kit has a practically useless degree in marine biology. A teacher by profession and at heart, Kit loves to impart little-known facts and dares you to walk away from one of her books without learning at least one new thing. She has written a few "beach reads" with intelligent and strong female leads. One of them, What It Is, was a previous Kindle Scout winner. Her newest book, 355: The Women of Washington's Spy Ring, keeps the strong heroines that are essential to Kit's books, but takes them back 240 years, to the genesis of America and the women who helped spawn it.