Born October 21, 1929)Ursula le Guin is an American author of novels, children's books, and short stories, mainly in the genres of fantasy and science fiction. She has also written poetry and essays. First published in the 1960s, her work has often depicted futuristic or imaginary alternative worlds in politics, the natural environment, gender, religion, sexuality and ethnography.

She influenced such Booker Prize winners and other writers as Salman Rushdie and David Mitchell – and notable science fiction and fantasy writers including Neil Gaiman and Iain Banks. She has won the Hugo Award, Nebula Award, Locus Award, and World Fantasy Award, each more than once. In 2014, she was awarded the National Book Foundation Medal for Distinguished Contribution to American Letters. Le Guin has resided in Portland, Oregon since 1959. 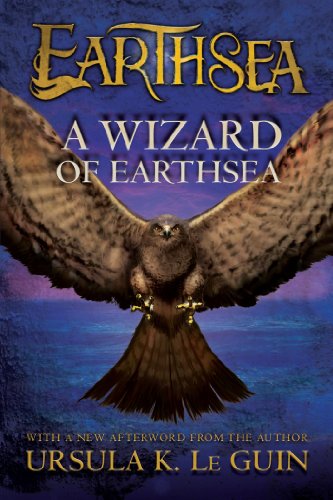 A Wizard of Earthsea (The Earthsea Cycle Series Book 1)

Originally published in 1968, Ursula K. Le Guin'sA Wizard of Earthsea marks the first of the six now beloved Earthsea titles. Ged was the greatest sorcerer in Earthsea, but in his youth he was the reckless Sparrowhawk. In his hunger for power and knowledge, he tampered with long-held secrets and loosed a terrible shadow upon the world. This is the tumultuous tale of his testing, how he mastered the mighty words of power, tamed an ancient dragon, and crossed death's threshold to restore the balance. 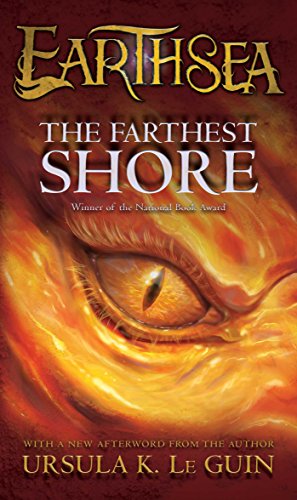 The National Book Award-winning third novel in the renowned Earthsea series from Ursula K. LeGuin.
In this third book in the Earthsea series, darkness threatens to overtake Earthsea: The world and its wizards are losing their magic. But Ged Sparrohawk-Archmage, wizard, and dragonlord-is determined to discover the source of this devastating loss. 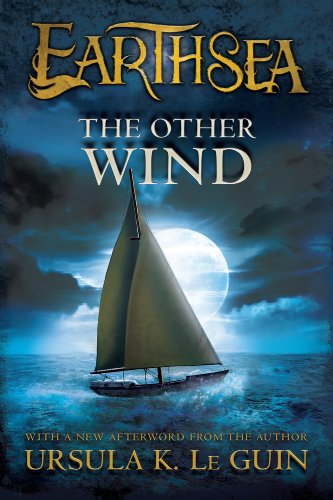 The Other Wind (The Earthsea Cycle Series Book 6)

The sorcerer Alder fears sleep. He dreams of the land of death, of his wife who died young and longs to return to him so much that she kissed him across the low stone wall that separates our world from the Dry Land-where the grass is withered, the stars never move, and lovers pass without knowing each other. The dead are pulling Alder to them at night. Through him they may free themselves and invade Earthsea. 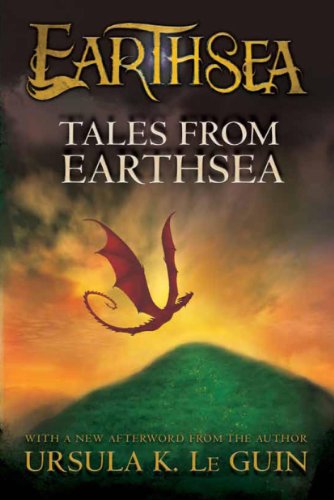 The tales of this book, as Ursula K. Le Guin writes in her introduction, explore or extend the world established by her first four Earthsea novels. Yet each stands on its own.
"The Finder," a novella set a few hundred years before A Wizard of Earthsea, presents a dark and troubled Archipelago and shows how some of its customs and institutions came to be. "The Bones of the Earth" features the wizards who taught the wizard who first taught Ged and demonstrates how humility, if great enough, can contend with an earthquake. "Darkrose and Diamond" is a delightful story of young courtship showing that wizards sometimes pursue alternative careers. "On the High Marsh" tells of the love of power-and of the power of love. "Dragonfly" shows how a determined woman can break the glass ceiling of male magedom. 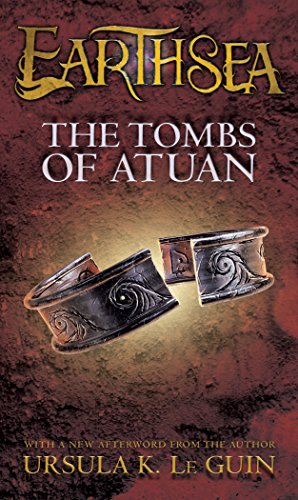 The Tombs of Atuan (The Earthsea Cycle, Book 2)

The second novel in the renowned Earthsea series from Ursula K. LeGuin
When young Tenar is chosen as high priestess to the ancient and nameless Powers of the Earth, everything is taken away -- home, family, possessions, even her name. For she is now Arha, the Eaten One, guardian of the ominous Tombs of Atuan. While she is learning her way through the dark labyrinth, a young wizard, Ged, comes to steal the Tombs' greatest hidden treasure, the Ring of Erreth-Akbe. But Ged also brings with him the light of magic, and together, he and Tenar escape from the darkness that has become her domain.