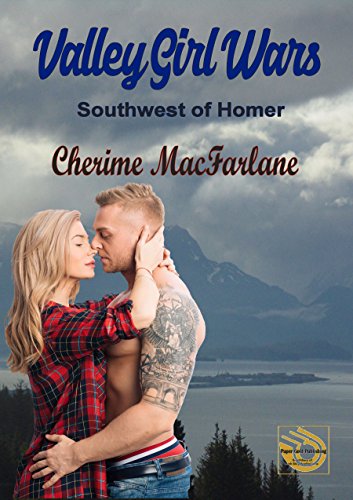 Southwest of Homer Book 2
The poacher is an ever-present threat to Ally as captain of Tore Olson's boat, Valley Girl. She doesn't understand why he refuses to go to the Alaska State Troopers. She agreed to help him by taking over the captain's chair when Tore broke his leg. She didn't sign on to evade a poacher, scramble to catch enough fish to make the balloon payment and dodge the big Swede.
Fishing on Lower Cook Inlet southwest of Homer is stressful enough without the added tension of wondering how Rurik will react to her wanting to return as captain of the family fishing boat. Her younger brother is doing fine without her. Marriage has settled the man down and Ally fears it isn't fair to ask him to give up his new position as captain of the Arina. When she does turn the Valley Girl back to Tore, what is she going to do with herself?