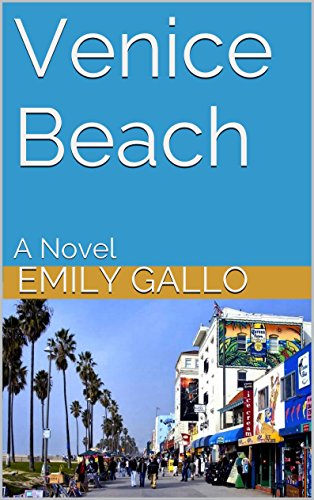 A hard-drinking, cantankerous Irish writer and a homeless African American develop an unlikely friendship on the Venice Beach boardwalk when they discover a common link to the Jonestown massacre and are investigated for murder. After the death of his wife, a penniless Finn has to leave New York and move in with his daughter in Venice. He meets an eccentric cast of characters including a hoarder who was a Holocaust survivor, a pair of Jamaican acrobat dancers, a young hippie whose brother died in 9/11, a Samoan transgender bodybuilder, and Jed, a mysterious loner with a cat named "Mother."

I View My Life In 3 Acts

Emily Kaufman was the girl growing up in Manhattan in the fifties and sixties. In the sixties and seventies, I attended Clark University and lived in San Francisco, Santa Barbara, Los Angeles and Seattle doing the hippie/peace/love/protest thing.

In the eighties and nineties, Emily Saur lived in Northampton, MA and Davis, CA and was the more conventional wife, mother of two, and elementary school teacher.

In 2006, I retired from teaching and became Emily Gallo when I married David, a professor of economics, and moved to Chico, CA to continue our journey. I started writing screenplays and television and moved into novels. David, Gracie (our Schillerhound), Savali (our cat) and I now divide our time between two and a half acres of gardens, orchards in Chico and a 750 square foot condo on the beach in Carpinteria, CA.