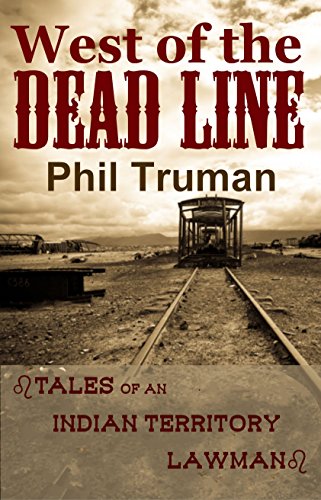 West of the Dead Line: Tales of an Indian Territory Lawman

Ex-Slave, Creek Indian; a Feared Man with a Badge The Dead Line, as it came to be called, was a railroad cutting across the middle of Indian Territory. It ran straight south from Caldwell, Kansas to Fort Reno, I.T., then down through the Cheyenne and Comanche and Kiowa lands, crossing the Red River into Bowie, Texas. It was a line on the map, a demarcation. West of it no law existed, only outlaws. On trails out there, outlaws put notes on trees and posts to let lawmen know they'd be killed if they continued their pursuits west of the Dead Line.

In the storied times of the American West, in what was called Indian Territory, no place came close to matching the dangers and mortality U.S.marshals faced doing their jobs. Those who survived became titans in the legends of the West, particularly one man called Bass Reeves. These stories are fiction; the encounters this lawman faced, and The Dead Line, were not.