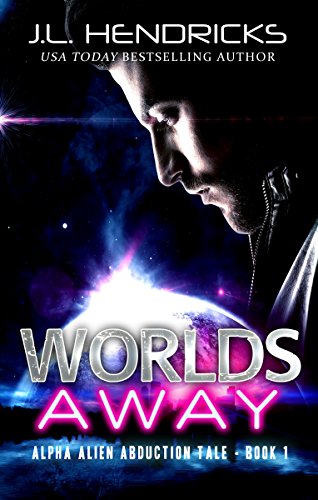 Slavery, or mate to an Alien Commander? Which would you choose?

Paris had lost her parents at a young age and instead of going into the foster system, she ended up on the streets. Sure, life was tough for a 17-year-old girl with no one to turn to, but she made her way on the streets of Los Angeles for years. That is, until one day when she was no longer on the streets.

Commander Venay of the V'Zenian Empire was a man on a mission. It was his responsibility to ensure a good lot of human slaves made it back to his planet each year. But this time it was different, he saw her across a field and knew he had to have her, at all costs.

The choice was simple, Paris could be a slave on the V'Zenian home world, or she could become Venay's mate and provide him with the offspring his people so desperately needed! Until the V'Zenian's most venomous rival, the Zateelians, attacked Venay's ship and forced them to crash land on a distant planet. Paris had a new choice to make: save herself or help Venay exterminate aliens who have a sinister plan for the humans.

Come and join J.L. Hendricks on her next voyage! Worlds Away is the first in a Sci-Fi Romantic/Adventure trilogy where aliens abduct women for more than just slavery, they abduct them to continue their own race! If you like Ruby Lionsdrake, then you will enjoy Worlds Away! This is a mostly clean romance with an HEA in each book. If it were a movie, it would be PG-13.

J.L. Hendricks is a new independent author. The Interdimensional Saga series is her first one and she is very excited to share Book 1, Eclipse of the Warrior.

Her latest series which comes out later this month is a PG-13 version of the hot Alien Sci-Fi Romance genre! She thought it might be fun to write in that world while still keeping it mostly clean for everyone to read. Although, she has had some complaints that it was too steamy. Let her know what you think!

She is very proud to have served in the US Army before she went to college. She decided to finally write, and finish a book, this year because of a few friends who encouraged her to do so. She hopes her stories entertain you and can bring a laugh on occasion.

Actually, it was her roommate's cat who talked her into staying at home to be her minion all day long! Pyper truly believes that J.L. is here to serve her alone, and to feed her whenever she graces J.L. with her presence.

Or join my blog at: https://jlhendricksauthor.com/blog/