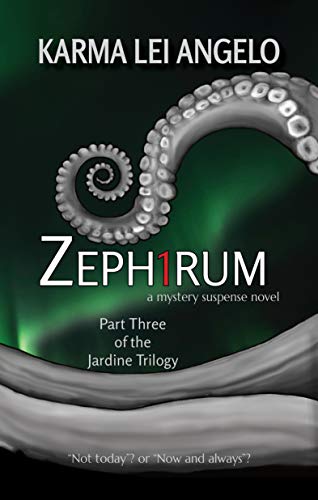 'Not today'? Or 'now and always'? What choice is she given? Who does she choose?


AJ is not okay physically. She's still recovering from the physical assault against her body at the hands of the Fasciata Order, a highly sophisticated and deadly drug organization. She was pumped full of the Order's designer heroin, Prussian Black, and thrown into the river. The lingering effects of the drug are still evident months later. Will she fully recover?


AJ is not okay mentally. Too many events are happening all at once. Her best friend is getting married and AJ can't share secrets with her anymore. Her step-father passed away months before her real father came back into the picture. Now her real father is dying. Her boss reveals a decade's old secret that leaves her stunned beyond imagination. The serial killer continues his countdown as more bodies pile up, this time of the very men who tried to kill her. How does she handle the assault on her mind as her P.T.S.D. and anxiety increase to a feverish pitch?


And AJ is not okay emotionally. She finally begins to have closure on her husband's now-solved murder case. She makes peace with the loss of her step-father. She comes to terms with her anger over her real father. Now the guilt sets in. But everything has left her numb beyond imagination.


With her morals and ethics being questioned and her heart divided, her life spirals out of control. She doesn't know what to do. Does she choose D.T.F. Agent Tony Aserbbo, a double agent working for the Order and a man keeping secrets from her? Does she choose Nikterio Copernicus, the hacker-turned-serial-killer who's been protecting her all these years?


Or will the decision be made for her when Copernicus'sCode spirals down into its final countdown to1? It's an ending she never saw coming or expected.


ZEPH1RUM concludesTHE JARDINE TRILOGY. But it isn't the end of the story.


Karma Lei Angelo is a new, emerging author and the mastermind behindTHE FIBONACCI SERIES universe. She creates very real, down-to-earth characters and weaves them together effortlessly through the stories. She submerges readers right into each scene and she's unapologetic for it.


Karma also brings over two decades of engineering, CAD, and math experience to the table, building her characters' world with elaborate and interesting concepts. She is a strong supporter for STEAM (Science, Technology, Engineering, Art, and Math) fields, and she's not afraid to challenge readers beyond a linear cookie-cutter, action-packed read.


She encourages readers to participate and try to solve the mysteries, even leaving dozens of "Easter eggs" throughout the chapters. And she doesn't limit the mystery to just the story in the book. Clues for what comes next can be found in the appendices, images, and even the outside book jackets of the printed copies.


She looks forward to taking you to the endgame!


If you love witty dialogue, a diverse spectrum of characters, an intellectual challenge, and layers of perfectly woven mystery and clues-and you're not afraid of mature scenes with adult language, graphic violence, and disturbing descriptions-then you'll love this series!THE FIBONACCI SERIES is an epic mystery and suspense adventure that will span a total of 26 books.


Each book comes with many EXTRAS:

ZEPH1RUM is available in digital and print, with audio to come in the future.


Discover where the breadcrumbs take YOU. Purchase ZEPH1RUM today!