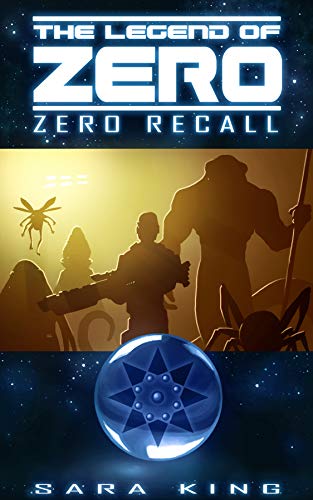 The most fearsome aliens in existence just allied with the universe's most deadly psychopaths, and all hell is breaking loose.

It's been 53 turns after the legendary Commander Zero graduated as a Congie warrior. Joe, now a battle hardened veteran, has spent his life surviving wars he had no right to survive. Yet his real test is coming: New forces are conspiring to start a great war like the universe has never seen, one that would rip apart the very fabric of Congress. Joe is conscripted to fight the very war everyone has been fearing since the rise of the Dhasha-the war against the legendary Dhasha Vahlin. Unfortunately for Joe, at the same time, other ruthless powers are conspiring to kill him before he fulfills the prophecy of the Trith.

To fight the Vahlin, a desperate Congress comes up with a tactic it abandoned millennia ago-the use of multi-species groundteams. Joe, now a Prime Commander, is given command of his own team of misfits and pitted against the Vahlin's forces in a war whose casualties are millions-to-one. Can Joe keep his group of aliens from killing each other long enough to make them into a battle-ready team? Will he survive long enough to kill the Vahlin? Or is he destined to destroy Congress, as the Trith have prophesized about him?